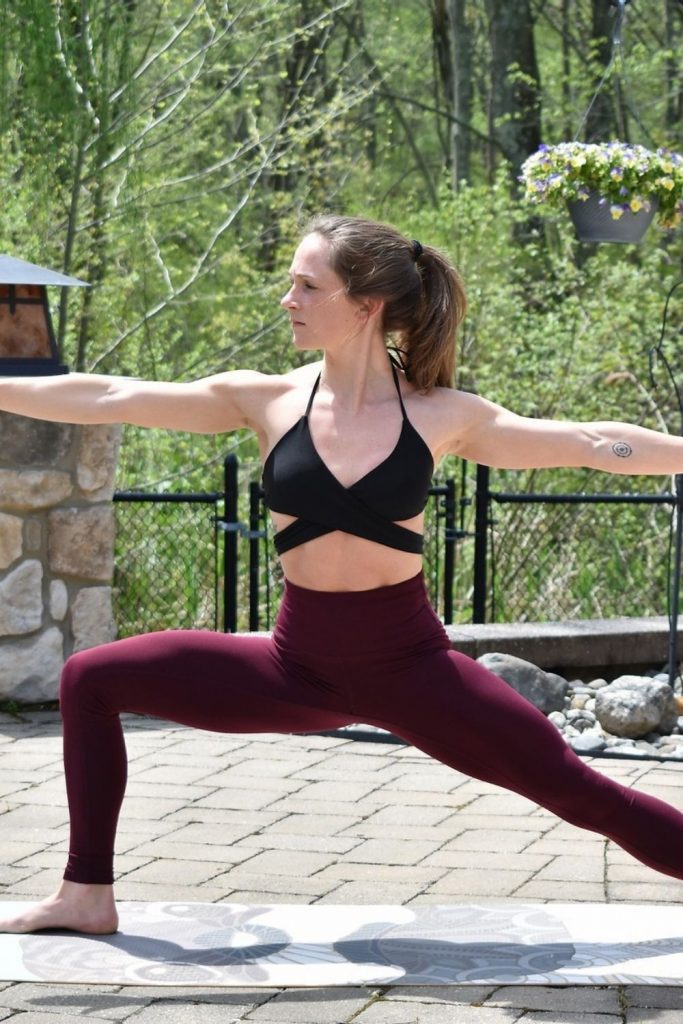 A common question my clients ask is whether or not they should take up yoga. To which I always answer, “why not?”  There seems to be a running theme among their answers, ultimately ending with it doesn’t fit their personality and it doesn’t count or feel like an actual workout.

Personally, I felt the same way before I started practicing.  The meditation at the beginning and end of class seemed pointless because I’m an angry little elf who doesn’t have the patience to listen to myself breathe – and I still don’t.  But I found something euphoric in yoga.  And that feeling is why I continued practicing.

I wasn’t interested in the benefits of stretching, meditation, or fixing my scoliosis.  I really just wanted to change up my workouts and challenge myself.  I hadn’t realized my body adapted to my training routine and forced me into a plateau. Thus, my journey to resurrecting my backbend capabilities began.

After almost a year of practicing traditional yoga 4-5 times a week, I discovered power yoga.  This type of practice was a lot more my speed, literally. It was fast paced and perfectly incorporated strength, stability and flexibility into my routine.  Not only did I see progress in my poses and flexibility, but I noticed improvements in my resistance training as well.

it’s not a challenging workout

Obviously you’ve never tried yoga if you believe it isn’t challenging. Yoga tests your physical and mental wellbeing by incorporating all aspects of wellness. It also makes you do ridiculous poses while balancing on one leg and stretching muscles that have been tied up in a knot for years.

Not to mention its ability to make you extremely uncomfortable by practicing inversions and other poses that are downright (pun intended) unnatural.  During the first few weeks you’ll be in pain from head to toe after releasing years of built up tension within your muscles.  It’s also considered an isometric form of training so I guarantee you’ll be feeling the burn.